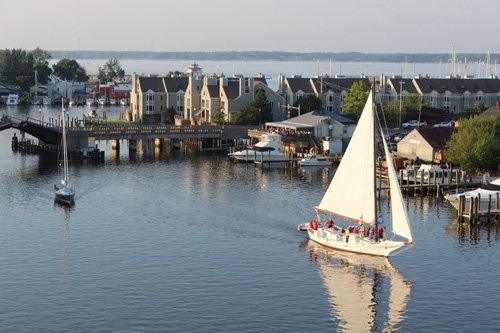 Nestled between the Little Choptank and Choptank rivers, Cambridge – and the beautiful peninsula known as the Neck – is highly desired by full-time residents and second home owners. With an expansive waterfront, historic colonial charm, and diverse inventory of architectural styles, Cambridge was voted one of America’s best small towns by Coastal Living magazine.

The county seat of Dorchester, Cambridge is lined with indie shops, art galleries, and specialty services. Dozens of new and expanding restaurants have made Downtown Cambridge a celebrated dining destination. The city is also home to the Dorchester Center for the Arts, Grand National Waterfowl Hunt, IRONMAN Maryland, Taste of Cambridge, RAR Brewery, and many of the shore’s best festivals.

Stretching from the former DuPont Hunting Lodge (now home to the University of Maryland’s flagship Center for Environmental Studies) 16 miles southwest on Hudson Road to Ragged Point — where the Choptank and Little Choptank rivers meet the Chesapeake — the Neck has been a center of exploration, agriculture and recreation for hundreds of years.

Working farms and private hunting lands impart a peaceful solitude to the vast expanse of waterfront seemingly untouched by time or development.

Popular destinations along the peninsula include the Neck District Grill (the former Lewis General Store), Spocott Village and Windmill, Soft & Salty’s, and the University of Maryland Center for Environmental Studies.